Over the past two weeks I’ve participated in two podcasts that I found both intellectually rewarding and hopeful.

Jasen Lee and Amy Donaldson host a podcast program called Voices of Reason (VOR) through KSL. I have known Amy for several years, as we are fellow sportswriters.  I’m merely freelance and Amy works for the Deseret News (and I consider her the best sportswriter in Utah). But Amy’s interests and influence in the media go beyond sports and VOR is the effort to bring civil dialog on a number of political topics.  I had never met Jasen until I participated as a guest on a podcast on March 14, but a new friendship was created. A link to the actual podcast I participated in can be found HERE

March 14 was a significant day because it was the month anniversary of the tragic shooting in Parkland, FL. And it was also the date of many student walk-outs across the nation including Utah. At Provo High School, where I teach, approximately 200 students participated in the walkout.  At West High where I started my teaching career, nearly all the students walked out. But a clear message has been sent with this walkout and the rallies last week, our young people won’t accept the status quo. 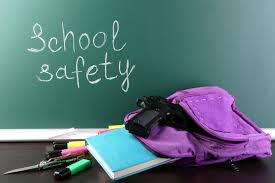 In the March 14 podcast I was one of two guests. The other guest was Mikkel Roe, a former West Valley police officer and gun rights advocate. All four of us participated in the discussion. Jasen (and Amy) would fire questions at Mikkel and myself, but also added their own commentary.  What took place was an engaging 30-minute conversation on guns and our schools.  I also made two more friends. Though Mikkel is a gun advocate where I am not per se, though I support the second amendment concept, we did find some important common ground.

On arming teachers, I said I was not dead set against it if the teachers were specifically recruited for the purpose because they possessed a specific mindset. I also wanted those teachers willing to do this to have advanced training, not the sort of cursory training or courses that one gets to receive a concealed weapons permit.  I also volunteered the information that I would not want to pack a gun saying, “I’m a teacher not a gunfighter.” Mikkel readily agreed that arming teachers as possible first responders to engage a school shooter should require advanced training and specific recruiting by administrators perhaps working with law enforcement for the type of individuals that might be best suited for this responsibility.  Amy pointed out correctly the concerns that when the police do arrive on the scene, will they be able to identify the shooter(s) vs. others who might have weapons?

Mikkel also brought up the idea that perhaps high schools (and perhaps other schools) could be the host sites of police substations.  One often sees substations in urban settings most often at malls or at grocery stores. These substations allow police officers a place often to paperwork rather than returning all the way to the main station.  They also give a police presence to these malls and shopping centers and often times are strategically placed in neighborhoods with higher crime rates. But maybe putting these substations at schools would put law enforcement physically closer and bring some comfort to students and parents alike knowing that law enforcement would be within seconds of a possible shooting versus several minutes.  We also must consider that most of the deaths in school shootings happen in the first few minutes and police response time is usually not in time to prevent the carnage.

There were further discussions on doing drills in our schools and just how that might psychologically effect our children.  Can there be too many drills?  And is this the world we want our children to live (and be educated) in? Mikkel and I agreed that more drills are needed. I suggested that maybe two drills per semester is the right amount.

In regards to securing schools Amy, Jasen and I agreed that it is “too easy” for people to get into our schools.  Even with ID badges, doors are often propped open by students and students in our high schools are often all over the place rather than in class.  I asked whether parents are willing to have stricter attendance policies because in some sense, lenient attendance policies make it harder to secure schools.

We also touched on issues of bullying and mental health. I said schools are actually doing quite a bit on bullying though with social media bullying has taken a new form.  We all seemed to agree that more funding and effort is needed in this area while Amy sincerely worried about there is too much stigmatizing of the mentally ill.  She also pointed in regards to bullying and so forth that students sometimes don’t come forward because they feel adults don’t listen or there won’t be any consequences to the perpetrators.  We want more secure schools but the funding to take care of basic needs of public schools is hard to find. Then there has to be the bigger effort in our society to fund the programs to help the mentally ill.

I support the fundamental concept of the right to keep and bear arms, but I also think the government has the legal right to regulate what arms are made available and the age in which firearms are made available. The government, in my view, should have criminal consequences on those who educate those to alter their weapons to an illegal status, and restrict those under treatment for certain mental illness from having access to firearms.

I also believe that for the most part, school shootings will be a unique American problem. Though other countries have mentally ill individuals, violent media (video games, movies etc.), the breakdown of the family unit, and other societal issues many associate as contributors to these tragedies, these countries just don’t have the number of guns available to their citizens as we do in the United States.  We all generally agreed that the mathematics simply say that in several months we’ll have another mass shooting.

Amy and I did agree on one political point; the National Rifle Association’s (NRA) influence on American politics is too great.  She brought up the fact that Congress, pressured by the NRA, passed legislation to limit how the Center for Disease Control (CDC) collects data on gun violence. We both see it as simply wrong-headed and even morally corrupt. We both believe that the CDC must have the full power and funding to truly study the impact of gun violence in American society.

Jasen and Amy then did a two-hour broadcast in front of a live audience on Thursday March 29. In the two podcasts, Jasen and Amy brought in a student from West High School, a teacher from Rowland Hall High School, Utah Speaker of the House Greg Hughes, Salt Lake County Sheriff Rosie Rivera, and a high school administrator who once taught at a school that had a school shooting incident.

As the discussion in the second podcast circled around gun rights, a question was asked whether 18 year-olds, many of which might be seniors in high school, should be allowed to carry guns if they had a concealed weapons permit.  Hughes talked about the nebulous legal area of “adulthood” but suggested that might be alright with him. Rivera even remarked that it might be alright if the student was shown to be mentally stable.  I’m not sure how I feel about the concept of some of the seniors I teach “packing.”

But I thought the most poignant points were made by the student from West High School.  She said school shootings are on the minds of students. In the light of recent events she says it is not only a topic of discussion but also something that she and her friends worry about. She often looks in the classroom for what places she could hide if a shooter did come on campus. As I said in the podcast I participated in directly, it is crucially important to listen to our young people and not dismiss their views because we disagree with their politics on the matter.

In the end, what I learned is that people from divergent positions do want our children to be safe. Passion was present in the conversation, but the respect and the willingness to listen and seek common ground shown in these podcasts was very hopeful.  I was honored to be asked to participate in this process and I commend Amy and Jasen for their efforts, not just in this specific matter, but just to be as their show’s title suggests, a voice of reason in the realm of political discussion.

Brian E. Preece is a 28-year teaching veteran starting his career at West High School in Salt Lake City and relocating to Provo High School. He has taught a wide array of subjects in Social Studies. He served as the head wrestling coach at Provo High School from 1994 to 2006 and was named the Utah Coach of the Year in 2006 by the National Wrestling Coaches Association.